Women make up half of the world’s population, yet they face more challenges in gaining access to financial goods and services that might help them improve their well-being and economic empowerment. According to UNCTAD, based on World Bank Financial Inclusion data, although 72 percent of men had a financial account in 2017, only 65 percent of women had (a 7 percentage point difference).

Even while financial inclusion has progressed in Nigeria, gender parity remains a challenge. Only 15% of women (compared to 27% of men) were banked in 2008, according to EfiNA, a financial sector development organization in Nigeria that promotes inclusive banking (a gender gap of 12 percentage points). By 2018, 33% of females had been banked, although the gender divide had grown to 13 percentage points. Nigeria was placed 128 out of 153 nations in the World Economic Forum’s Global Gender Gap Index 2020, emphasizing women’s economic enslavement. Given the pressing need to close the gender gap and improve women’s quality of life, policymakers and the public and private sectors have continued to engage on a number of fronts.

Changing the direction of the financial exclusion story and underrepresentation of women in the economy would need a frontline and hands-on approach for Herconomy, Africa’s first women-focused digital platform. The female-focused organization, formerly known as AGS Tribe, has rebranded as a financial technology (Fintech) service provider in order to democratize economic opportunities for women and the financial environment. “This year, we chose to rename to Herconomy so that the essence of what we do is simply communicated,” said Ifedayo Durosinmi-Etti, Herconomy’s founder and CEO. “We recognize that when a woman’s life is positively influenced, value is created not only for that woman but for the entire community.”

They understood they wanted to reach even more women once their mobile app launched, so they developed a free tier that provided users of their network free access to all possibilities on their platform. They also launched a second tier, which offered discounts of up to 30% on certain products and services. These brands came from a variety of industries, including fashion, travel, salons, spa and wellness, legal, and hospitality, allowing Gold Visa cardholders to take use of services that improve their well-being. As a result, the AGS Tribe community grew, and by the middle of July 2021, it had grown to over 15,000 members.

“Some of our members have received foreign grants, and one of our members, Confidence Stalavey, was named an Obama Leader in November 2021,” Ifedayo stated. “Another member of our community died in a tragic incidence of domestic violence in June 2020, and as a community, we organized a fundraiser that earned over N26 million, which was put into an FBNQuest trust fund for her children’s education.” As a community, the organization does a lot to aid each other. Another member of the community found work in the UK after attending one of the organization’s weekly capacity-building sessions.

In addition, through the AGS Savings Challenge, approximately 500 women were able to save a total of $100,000 in just six months.

They launched the Herconomy Cooperative Multipurpose Society this year, which was regarded as the community’s first move toward owning a female-focused bank in Nigeria. The community started on a capital raising exercise to fund the expansion of Herconomy.

Ifedayo disclosed plans to raise funds for Herconomy on her Instagram account in August 2021, and 130 people expressed interest. “I had previously met with certain investors and their vision was lost on them, but I knew what I wanted and had faith in my community,” Ifedayo added.

That list swelled from 130 to 509 persons, but this time with concrete numbers they could commit to within the following two weeks. Within 24 hours of launching its capital offer, Herconomy had a whopping 11.4x oversubscription, raising $5.7 million versus the $500,000 target.

“We got 70% of our investment from our community, with the rest coming from Venture Capitalists and Angel Investors,” Ifedayo stated. “A Special Purpose Vehicle (SPV) was developed to onboard members with less than $20,000 investment due to the minimum floor of $20,000 investment.”

Among the Angels who have invested in Herconomy are:

2. Ernest and Young’s Ehi Onwudiwe is the Director of Business Transformation.

Herconomy is setting its sights on more audacious and ambitious aims, inspired by the significant strides gained and the need to consolidate achievements for women in the economy. According to Ifedayo, Herconomy’s upward trajectory would lead to the development of Africa’s largest digital bank, which will focus on financing women and projects that improve women’s economic standing. Meanwhile, Ifedayo stated, “Herconomy is committed to enabling women to learn, network, and earn high interest on their money while they spend.”

Previous articleUNOSA/Japan Nano-Satellite Technologies Fellowship for Nationals of Developing Countries
Next articlePayourse, a Nigerian Blockchain Firm, Has Raised $600,000 in Pre-seed Funding To Build a web3 Powerhouse 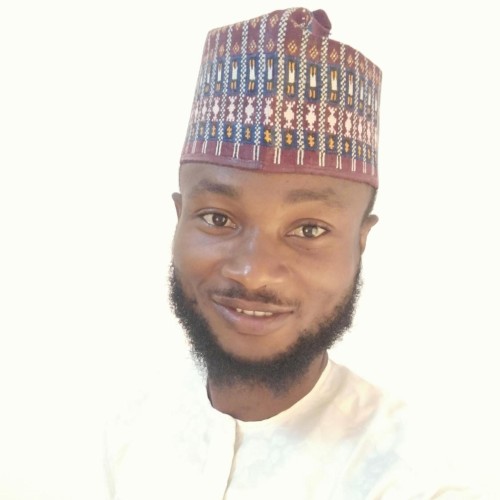