Google’s $50m Equity-based Investment: What It Means For The African Startup Ecosystem

The African Startup Ecosystem has been on an impressive run for the last decade. Right before our eyes, Africa has produced nothing less than seven unicorns, with five of them coming from the Fintech industry. The ecosystem has been nothing short of fantastic, from reports of startups securing a series of funding to the sector producing unique and groundbreaking innovative solutions.

To cap what is already an exciting run, Google has announced its plans to invest $50 million in early to growth-stage startups in Africa. Sundar Pichai, CEO of Google, made this announcement in October 2021 at a virtual event. This investment plan aims to bolster the African startup ecosystem and open up more opportunities.

What does this intervention mean for tech enthusiasts, entrepreneurs, and the ecosystem at large? This article will answer this and other questions you might have on this topic.

A little Story About Startups

Imagine growing up in a continent with several generational issues that we could solve if someone paid any mind to them and created platforms to enable individuals to get over the hurdles of these issues; and, by extension, build a better, more equipped generation. These issues can be checked, reduced, or fixed with what we can term as “digital solutions.” The inspiration provides digital solutions to long-standing continental problems, underscoring many African tech startups across various sectors.

But of course, an idea can only perform what it is crafted for when transformed into an actual entity. And for African tech startups, that means securing a load of funds to push their ideas, build products and services and eventually, expand.

Google hosted a global Google for Africa virtual event on October 6, 2021. At this event, Sundar Pichai, CEO of Google, reported the organization’s intent to invest $1billion over five years in Africa to foster digital transformation on the continent.

This investment aims to enable affordable and fast internet connectivity for Africans, support entrepreneurs and small businesses, and nonprofit aid organizations across Africa.

In addition, Google also launched an Africa Investment Fund to reiterate its commitment to support African Black-led startups. The investment fund amounts to $50million to be invested in selected early-growth stage African tech startups in exchange for equity.

Nitin Gajria, Managing Director of Google in Africa, spoke on this, “I am so inspired by the innovative African tech startup scene. In the last year, we have seen more investment rounds into tech startups than ever before. I am of the firm belief that no one is better placed to solve Africa’s biggest problems than Africa’s young developers and startup founders. We look forward to deepening our partnership with, and support for, Africa’s innovators and entrepreneurs.”

Equity-based investment can also be regarded as Venture Capital. As the name suggests, it has to do with raising capital for a venture, usually a newly founded one that needs all the resources it can get.

Venture capital is a private kind of financing by investors, usually operating as a corporate entity. Investors come together to pool significant amounts of money for the sake of pouring into a startup business. This input of pooled funds is not done for nothing; the venture capital group gets Equity in return.

It’s a win-win situation: a startup gets capital to do its business, and investors get shares. But, of course, investors are at the risk-bearing side of this deal. So venture capital is only provided to startup companies with the calculated potential to succeed in the long run. You wouldn’t place a lot of money on something that isn’t promising.

What’s different about Google’s funding this time is the shift from equity-free investment to equity-based investment, which means that Google will provide funding to promising startups in exchange for shares in the company.

Startups that are chosen will have access to Google’s resources (technology, networks, and talents) to help them develop a strong foundation.

Google’s past equity-free investments in Africa include the Google for Startups Accelerator Africa programme, which provided 80 African startups with seed to series A funds, workspace, and expert consultation for the last three years. The Google for Startups Accelerator Africa is said to have raised $100million. Amongst the beneficiaries of this programme are Kenya’s Twiga and Nigeria’s Paystack, Piggyvest.

Google making the shift to equity-based investment in African startups must be reassuring. One can read this as Google willing to take its African digitization commitment up-a-notch. They’re also set to widen their foothold in the African tech startup ecosystem.

It is important to note that Google’s efforts are not without cause. In 2017, the renowned organization initiated its Grow with Google programme alongside a dedication to train and improve the digital skills of 10 million young Africans and small businesses. So far, Google has trained about 6 million Africans and spurred growth in their career and business; Google has also provided over 50 African nonprofits with grants worth over $16million and given 100 million Africans access to internet services via Android.

Sidenote: African Startup Funding Is Currently in a Boom

According to reports, African tech startup funding is at a “record high.” Disrupt Africa disclosed that –ahead of its funding tracker publication to be released January 2022– as of August 11 this year, 303 African tech startups have raised a cumulative amount of $1,184,220,000 ($1.1billion).

For example, fintech company Chipper Cash attained unicorn status, with a valuation of $2billion, in November — after an extension fund of $150million from FTX. Flutterwave Inc. is also seeking fresh funding at a $3 billion or more valuation, a development that would triple its current valuation of $1billion. These are groundbreaking stories that we can’t forget all too soon.

However, it can’t all be as good as it seems, right?

TechCrunch made a piece about where venture capital is flowing in the region, enlisting the help of Dario Giuliani and Julio Dibwe Mupemba. Mupemba observed that, despite the growth in the sector, African startups remain underfunded, noting that the continent combined raised less than France alone. As TechCrunch puts it, “for Africa’s startup ecosystem to really hit its stride, more early-stage capital will be needed.”

Also, the gender gap amongst CEOs raising funds is still vast. Female CEOs who secured funds in the first half of 2021 made up 14% of total funding, which is a significant improvement from the 2% recorded in the same period last year.

The Big Picture: the Gain for the African Startup Ecosystem

The gain for the African startup ecosystem is simple to grasp. More investment in the system equals more expansion for existing startups and more possibilities awakening. It also equals new startups getting the resources they need to find their balance and administer their objectives.

Furthermore, Google’s $50million equity-based investment will inspire other reputable companies to consider pouring into African tech startups, too, marking a notable highlight for the African startup ecosystem in 2021.

Without a doubt, African startups provide people with an eye-opening experience of the industry’s potential. Moreover, Google’s move has given hope to people who have been eyeing a career in tech, knowing that they can get the nudge or assistance they need to pursue it. 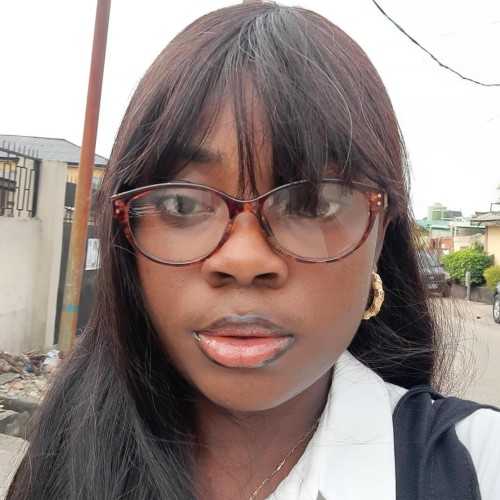